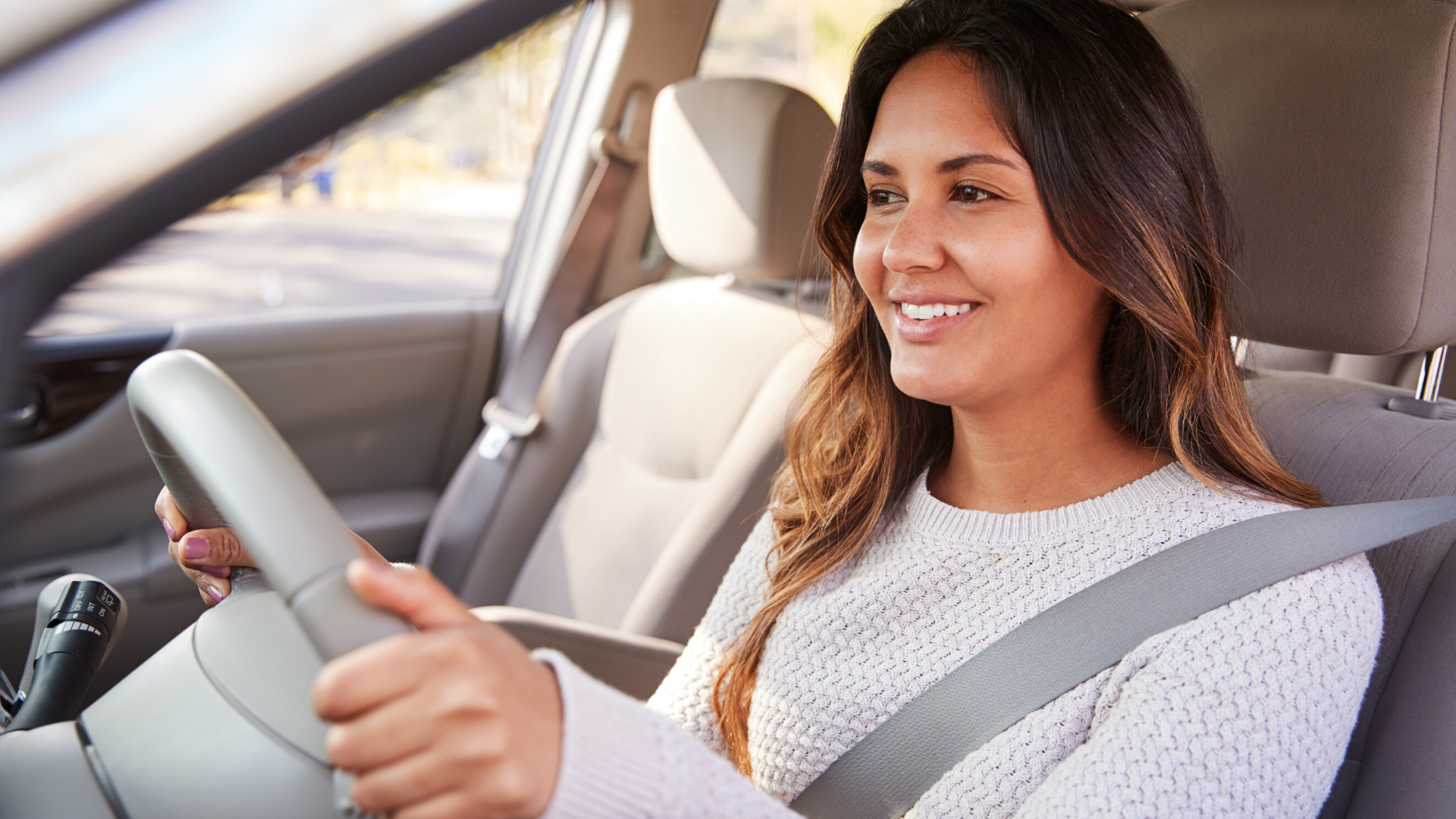 Why do you have Driving Anxiety?

Do you map out your journey to a tee? Do you worry what other drivers think of you? Are you scared of driving in the rain …. night-driving? The list goes on.

You might have a fear of driving or what I call ‘driving anxiety’.

What is driving anxiety?

Being nervous about driving can show up in many ways. For some it can stop them driving before they start, so they never attempt taking a test.

For others, they drive, but limit themselves to familiar routes and times of day when there is lighter traffic.

It can also mean you agonize over driving.  Making sure you have a route mapped out ahead of time.  And, if there is a new place you have to drive to, you might spend days worrying about this upcoming trip.

Then there are specific aspects of driving that might worry you.  People following too close behind you, will there be easy parking?

But, the real question is, does your fear of driving interfere with your life?

You may have adjusted your life to fit around your driving anxiety.  You might have taken a job closer to home or take the bus to the grocery store.  Be honest with yourself.  Does your fear of driving stop you from doing certain things, like:

This is when you know you have a driving anxiety.

What type of driving anxiety do you have? 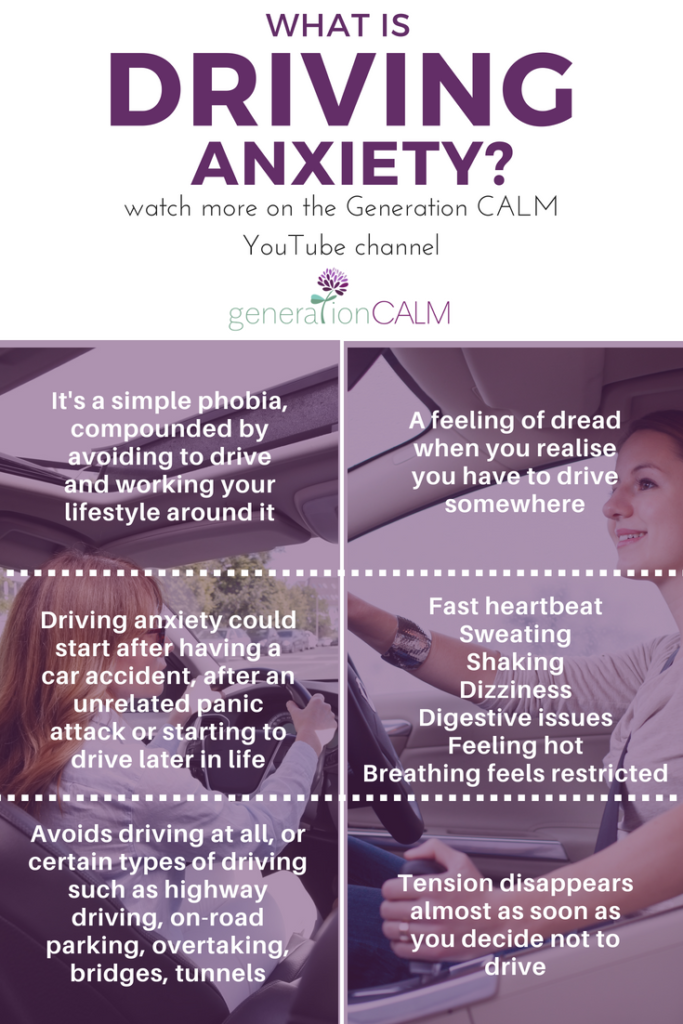 What started your driving anxiety?

Last year I posted a video on YouTube called “What is driving anxiety?’ I thought it would help my Mum and best friend, who both deal with a fear of driving.  It didn’t take long for the comments to come in from people all over the world who resonated with what I was saying.  People watching this video were of all ages, all genders and from different countries.  And hardly anyone mentioned having a car accident which most people assume starts a fear of driving.

Yes, you heard that right! The majority of people who fear driving have never been in a car accident.  Instead the anxiety comes from a fear that a car accident ‘MIGHT’ happen.

NB: Defensive driving, however, is a sensible approach to avoiding an accident by keeping your wits about you while driving.  But definitely not by keeping off the roads altogether.

Some people worry about lots of things, and that can transfer to their driving skills.  So, if you consider yourself a natural born worrier, then driving may be one of a number of things you worry about.

Another phobia can transfer to driving anxiety.  If you have social anxiety, you may be scared of people watching you park or watching you reverse out of a driveway.  You fear being judged as a bad driver.

Others may have claustrophobia where they feel caged in when driving a car, but feel fine riding a motorbike.

Same for agoraphobia. If someone is scared of being in open spaces or fears being in public, then driving a car could become associated with that fear.

A fear of bridges or tunnels transfer very easily to driving anxiety.

Being involved in a car accident, can, but not always, result in a fear of driving.  And a small proportion of those people can go onto develop PTSD.

It’s much more likely that a fear will start from an incident rather than an accident.  By incident, I mean being closely followed by an aggressive driver, driving during a rainstorm, getting lost on a lonely stretch of road.

Although the incident itself is scary, it’s being alone with your thoughts afterwards that cements the fear in your mind.  You might start to fantasize about “what if I’d crashed?” “What if this happens again? I won’t be so lucky next time”.  You start to fear going out again, in case the incident occurs a second time.

Have you recognized yourself in any of these scenarios yet? Remember, you don’t have to have been involved in a car accident to fear driving.  But you fear the possibility that you ‘MIGHT’ crash and avoid driving the routes you feel are more dangerous.

It’s not easy living with driving anxiety.  It can be embarrassing to admit the truth to others.  But know you are not alone.

Education is a large part of reducing fear.  So start by figuring out how your driving anxiety shows up for you.  Then watch my YouTube playlist on Driving Anxiety designed to help you overcome your fear of driving, by yourself, in your own time.